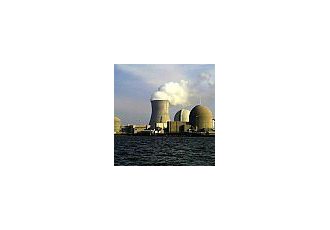 "At 2053 on July 14, 2011 Salem unit 2 declared an Unusual Event due to reactor coolant system leakage greater than 10 gallons per minute. While performing a monthly Emergency Core Cooling System vent of the high head safety injection piping a motor operated valve was opened and a leak developed on the high head piping greater than 10 gallons per minute. The leak rate was approximately 11-15 gallon per minute. The leak was terminated when the motor operated valve was closed. The time of the leak was about 6 minutes."

At this time the leak is believed to be from a crack on the Boron Injection Tank (BIT) relief valve line which is connected to the high head piping. A total of approximately 90 gallon of reactor coolant leaked into the BIT room. The licensee has declared the high head safety injection inoperable and is proceeding to shutdown under Tech Spec 3.0.3.

The license has notified appropriate State and local authorities. The licensee will notify the NRC Resident Inspector. UPDATE FROM KARL HANPHO TO VINCE KLCO ON 7/15/11 AT 0025 EDT

"Salem Unit 2 declared an Unusual Event due to Reactor Coolant System (RCS) leakage being greater than 10 gpm and pressurizer level decreasing. Leakage was estimated to be approximately 15 gpm. The leakage was determined to be from a weld on the high head charging injection relief valve connection. This leaking weld impacts both trains of high head charging/safety injection. Both trains of high head charging/safety injection were declared inoperable at 2038 [EDT] on July 14, 2011, entering TS 3.0.3. Salem Unit 2 began the Technical Specification shutdown in accordance with TS 3.0.3 at 2136 [EDT]. The technical specification shutdown is being reported in accordance with 10CFR50.72(b)(2)(i) and RAL 11.1.1.a.

"In addition since the leakage from the weld on the high head charging/safety injection piping exceeded the analyzed limit for ESF leakage outside containment, this event is also being reported in accordance with 10CFR50.72(b)(3)(v) and RAL 11.2.2.b as a condition that prevents the ability to mitigate the consequences of an accident.

"Salem unit 2 is currently at 27% and reducing power."

The licensee notified the states of New Jersey and Delaware, Lower Alloways Township and the NRC Resident Inspector.

Salem Unit 2 has exited the Unusual Event as of 0339 EDT. The criteria for exit was the leakage rate was below the 10 gpm rate. The plant is in Mode 3 and is preparing to cooldown.

The licensee will notify the NRC Resident Inspector.