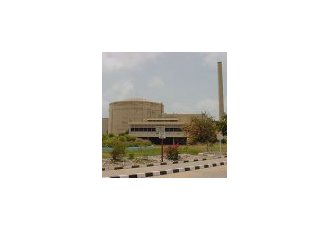 
PPC expresses concern over leakage of heavy water from KANUPP

Pakistan Peace Coalition (PPC) has expressed serious concern over the leakage of heavy water from a feeder pipe of the reactor at Karachi Nuclear Power Plant (KANUPP) and asked the government to get rid of this nuclear power plant, which is actually non productive, but posing great threat to human lives and also to the coastal environment of Karachi.

In a statement issued here Thursday, PPC General Secretary B. M. Kutty said the government has not provided any details for the release of radiation as a result of this accident. As reported in the newspapers, the Director General KANUPP Javed Iqbal declined to give any details when contacted, saying the situation was reported to the head office in Islamabad and they could not comment on it.

The safety of the current nuclear installations remain a serious concern because there is very little information on security measures adopted to protect the population from any potential risk in case of mishap at any of the country’s nuclear plants. Nuclear facilities in Pakistan are precariously located, particularly the KANUPP that is stationed alongside the coast. An earlier letter written by civil society organisations to the Pakistan Atomic Energy Commission to demand a copy of the Karachi Emergency Relief Plan, in case of a nuclear disaster, met with no response. Concerns have also been raised against the authorities’ practice of dumping uranium waste near the mines in Dera Ghazi Khan. According to reports the incidence of leukemia is higher in the region.

Kutty pointed out that a similar incident of the leakage of heavy water had also taken place some 20 years ago at KANUPP, but the government did not provide any details at that time. It is the right of public to know the factual position of release of radiation and extent of the threat to human health.

The recent incident at the KANUPP is a cause of grave concern as PPC had already feared the happening of such incidents at the nuclear plant. The radiation leaks at the two nuclear power stations, Fukushima-Daiichi and Fukushima-Daini in Japan following a powerful 9.0 magnitude earthquake off the Pacific coast in last March had put the population of Japan at great risk, and should have proved to be an eye-opener to our authorities.

The PCC demanded the government to put a stop to the ongoing nuclear programmes, while any plans of expanding the country’s current nuclear power generation capacity must be immediately called off. The nuclear contribution to the current Pakistani total electricity supply is very limited, while the hazards it poses far outweigh its utility. According to the recent estimates, nuclear capacity represents merely 2.4 percent of the total installed capacity of 19,252 MWe in Pakistan, but the cost to the people and the country in the return would be quite high.

Kutty demanded the government to provide exact information of the radiation release to the public and no further work be allowed on this age-old, almost obsolete, plant.