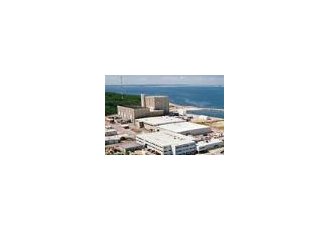 Available in english only

"On January 8, 2019, at 0945 EST Pilgrim Nuclear Power Station discovered that the Reactor Core Isolation Cooling (RCIC) system failed to meet its surveillance test requirements and was declared inoperable ; therefore, this condition is being reported as an eight-hour, non-emergency notification per 10 CFR 50.72(b)(3)(v), ’event or condition that could have prevented the fulfillment of a safety function : (D), mitigate the consequences of an accident.’

"There was no impact on the health and safety of the public or plant personnel. The NRC Resident Inspector has been notified."

PLYMOUTH — Pilgrim Nuclear Power Station was operating at 26 percent of full power Wednesday so operators could repair a leak in the check valve on the feedwater system.

The system provides water to the reactor to create steam. The steam is then piped to the turbine, where it is converted into electricity.

The valve leak had been detected earlier this month during a similar power-down of the reactor.

“This work cannot be done at full-power operation,” Patrick O’Brien, spokesman for plant owner-operator Entergy Corp., said via email. Asked why the valve was not fixed after its discovery during the first power-down, O’Brien said operators “took the time to create the plan for the needed weld.”

Neil Sheehan, spokesman for the Nuclear Regulatory Commission, said Pilgrim operators also would conduct a “rod pattern adjustment,” which is done to maximize use of the fuel remaining in the reactor. Pilgrim is scheduled to permanently shut down May 31.

“Our resident inspectors are keeping close tabs on the repair work, but they have no immediate safety concerns,” Sheehan said.

No : I-19-002 January 8, 2019Contact : Diane Screnci, 610-337-5330 Neil Sheehan, 610-337-5331NRC to Hold Public Meeting for Commentson Pilgrim Nuclear Power Plant Decommissioning Activities ReportThe Nuclear Regulatory Commission staff will hold a public meeting on Jan. 15 in Plymouth, Mass., to discuss a decommissioning roadmap report for the Pilgrim nuclear power plant. Attendees will be able to provide comments at the meeting.The meeting is scheduled to begin at 6 p.m., at Hotel 1620, located at 180 Water St., in Plymouth. Entergy, which owns the single-reactor Plymouth facility, submitted its Pilgrim Post-Shutdown Decommissioning Activities Report to the NRC on Nov. 16. Among other details, it describes the company’s plans to put the plant into SAFSTOR, or long-term storage, prior to beginning dismantlement work.Holtec, which plans to acquire Pilgrim and decommission it in an expedited manner, has submitted its own PSDAR for the plant. Since an application to transfer the plant’s NRC license from Entergy to Holtec remains under review, the report is currently being handled as a supplement to the application. Public comments on the Pilgrim PSDAR will be taken until March 21. A Federal Registernotice provides information on how to submit comments in writing.Pilgrim is scheduled to permanently cease operations by June 1, 2019