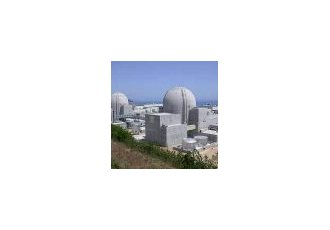 The 680,000kW No. 1 reactor at Wolseong Nuclear Power Plant in Gyeongju, Gyeongsangbuk-do has been shut down due to a malfunctioning component. The reactor, the design life of which expires on November 30 this year, malfunctioned just six months after comprehensive maintenance that lasted two years and three months, prompting controversy over its safety.

The Ministry of Knowledge Economy (MKE) and Korea Hydro & Nuclear Power Co. Ltd (KHNP), stated on Thursday that the reactor had been shut down at around 4:24 that morning after a temperature sensor on one of its four reactor coolant pumps malfunctioned. No radiation leak had occurred, and the reactor would be restarted within two to three days after procedures had been followed, they said. Coolant pumps are devices that circulate water in order to take away heat generated by the reactor. When a certain temperature is exceeded, the reactor is shut down. “The temperature did not actually rise : it was simply a component abnormality,” explained one MKE official.

Wolseong’s No. 1 reactor began commercial operation in 1983 and is the second oldest in Korea, approaching the end of its 30-year design life. It is currently being assessed by the Nuclear Safety and Security Commission (NSSC) for an extension to its period of operation. The MKE and KHNP plan to run the reactor for another 10 years if the safety inspection finds no problems. “They give 10 year extensions in other countries, too, after conducting safety inspections according to set procedures,” explained one MKE official. An official from the NSSC said, “We received a final life extension report in December last year and began our assessment. The assessment will last up to 18 months.”

Local residents and environmental groups, however, are expressing concern over the fact that the No. 1 reactor malfunctioned six months after being restarted in July 2011 following major maintenance work that began in April 2009 and lasted for two years and three months, including replacement of pressure pipes and control computers. The Korea Federation of Environmental Movements issued a statement saying, “Until this accident, the Wolseong No. 1 reactor has recorded 51 malfunctions over 30 years due to flaws in machinery and components, including radiation leaks, coolant leaks, and reactor shutdowns. Local residents and civic groups have been demanding that the reactor be decommissioned but the government unreasonably restarted it in July last year. Today’s shutdown is the result of that decision.”

Lee Sang-hong, the director of a Gyeongju alliance for nuclear safety formed by local civic groups, said, “Because the Wolseong No. 1 reactor has reached the end of its 30-year design life and is worn out, it is expected to keep malfunctioning from now on. There is a high possibility that a small accident could quickly turn into a large-scale one.”